Tether or Bitcoin? Find out which is Better? 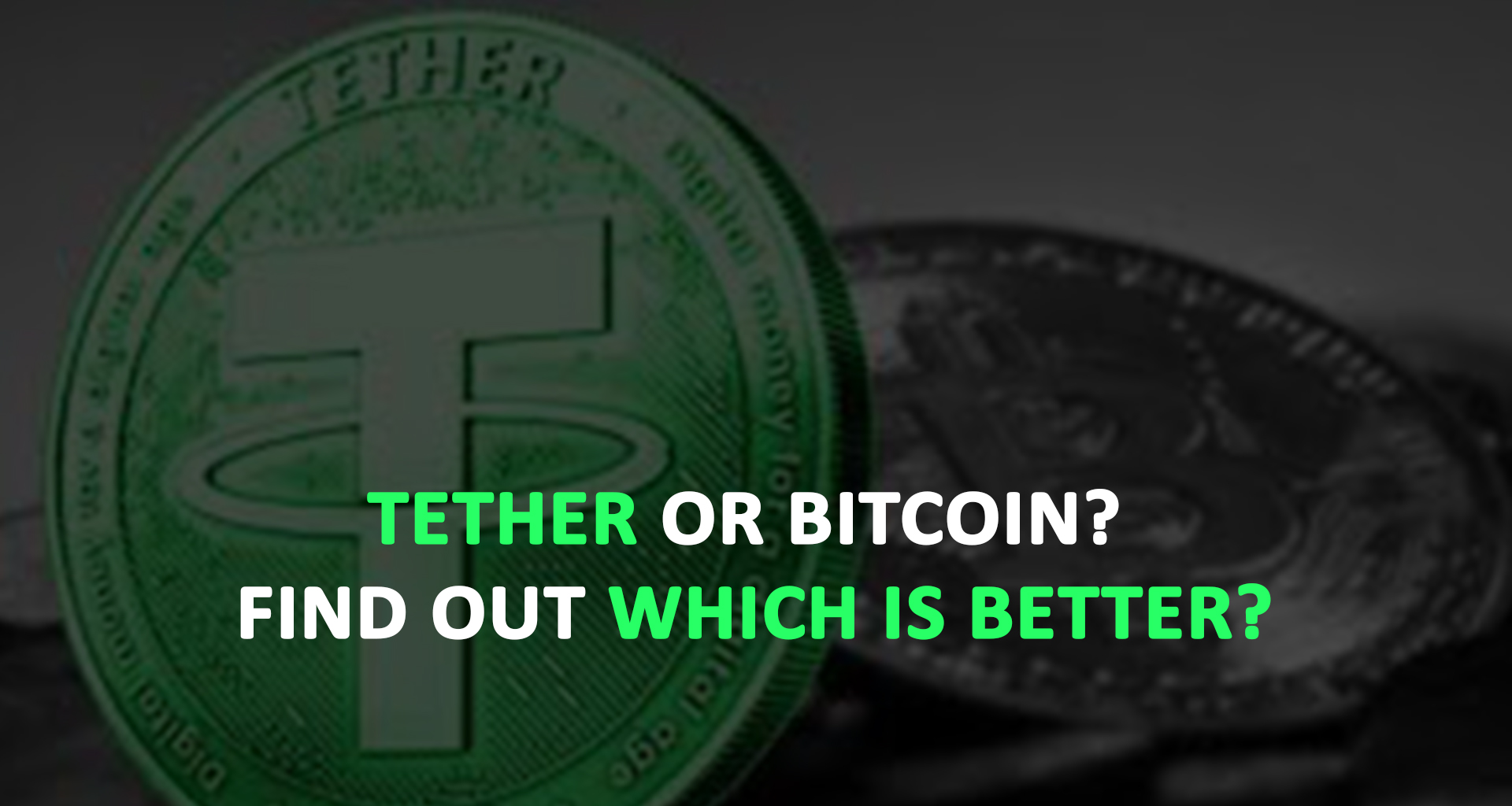 Tether has come to its pinnacle point, winning over all the other cryptocurrencies. If you are contemplating Tether vs Bitcoin, here’s your best resource to understanding the merits of the two and Tether over Bitcoin.

Wondering should I trade Bitcoin or USDT?

Embarking on cryptocurrency investments does come with a risk. However, the trick to it is knowing which of the many cryptocurrencies are ideal and more secure. If this question confuses you- Should I trade Bitcoin or USDT? The answer lies in understanding the two different cryptos. Let us define the two separately to get a clearer grasp of them

Tether also goes by the name USDT is a stablecoin that has a price value of $1.00. It’s a blockchain-based cryptocurrency, and its tokens have monetary backing which is an equivalent amount of US dollars. Stablecoins retained in a designated bank account track traditional fiat currencies like the euro, dollar, and Japanese yen.

BitFinex is the developer of the Tether tokens which are the native tokens of the Tether network. It trades under the symbol USDT. USDT by market valuation is the fifth-largest cryptocurrency with a value of about $68 billion as of October 2021.

Because Bitcoin is encrypted, it is classified as a cryptocurrency. There are no physical bitcoins; instead, balances are kept on a public ledger that everyone can access. A large amount of computational power is used to verify all Bitcoin transactions, a process known as “mining.”Bitcoin is decentralized digital money that was first introduced in January of 2009. Bitcoin is not generated or backed either by specialized banks or the government, and a single bitcoin has no dollar value.